In June 1983 I hired a generator and filled a van full of equipment and headed for Glastonbury Festival. The intention was to have a bit of a jam session in the camping field. In the early 80s mixed camping was the norm, with vans, cars and tents scattered all over the public areas.

The organised music never got started until the Friday evening, whereas many people had usually arrived and set up camp by the Wednesday. We decided to (at least) play a bit of a pirate gig on site. The people involved were to include every-one from the Dolphin Lust/Red Mess collective who could make it there for the weekend. I travelled down with David Bickley, met up with Marten Ingle and did a brief improvised set on the Friday evening and played again on the Saturday afternoon with Ian Walker, Marten Ingle and Andy Sliwa. 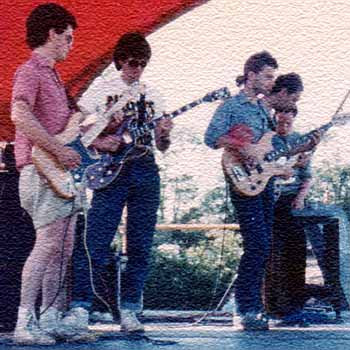 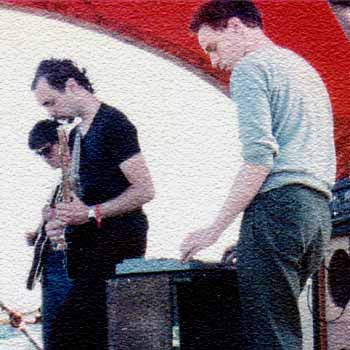 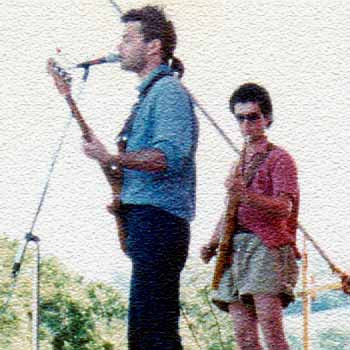 Marten Ingle, Andrew Sliwa
We were later invited to fill a vacant spot on the small stage at the bottom end of the main theatre tent field at 5pm on Sunday 19th. This was the day that Curtis Mayfield and King Sunny Adé closed the festival on the main stage. We played, under the new name of Green Coyote, an assortment of songs written by Marten (one had even been composed that morning on Glastonbury Tor) that were very improvised and not previously rehearsed. A typical Dolphin Lust/Red Mess output - however, this was the last time that we all gigged together.