Towards the end of 1975, I again teamed up with John Bland on drums, Alan Shipgood on bass, and were joined by James Gleave on keyboards and synthesizer (the early days of), writing all our own stuff in a continuous suite approach. It went under the name of Oa Band as a continuation of the Planet Oa vibe of 1972-73. There was however a noticeable difference in the overall style of music - a more jazz influenced form of rock, aiming for a greater dynamic range in content and intensity. I think we all learned much during this period, developing an under-standing, and friendships which continue to the present day - more than 30 years later. 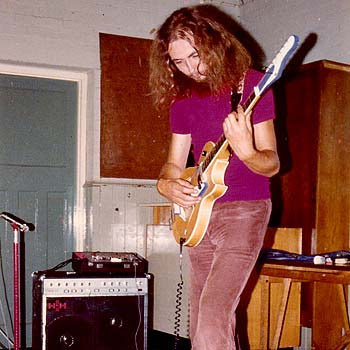 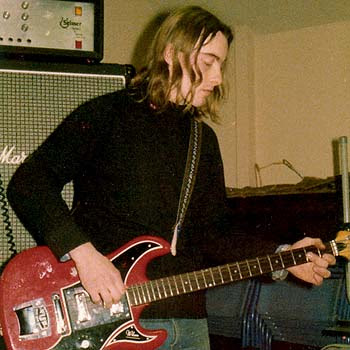 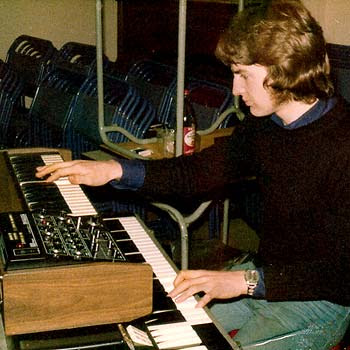 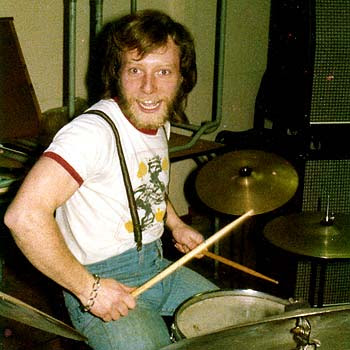 John Bland
With hindsight, it is possible that our approach to writing and performing was too serious and we may have benefited from more of our light-hearted jam sessions, such as Uncle Oa's Last Freakout, an improvisation that happened while we were awaiting the arrival of James at a session in Greatham, Hampshire. It's usually the case that, when forming a band there has to be a general consensus of where musically, you are trying to get to. It would perhaps have been more interesting to just allow things to develop and for the band to find its own direction and identity. However, John moved to the Durham area in the spring of 1976, and that marked the end of this particular venture. 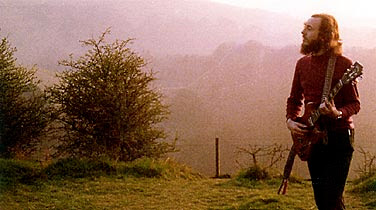